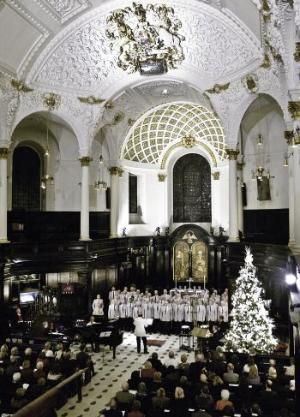 The Jack D Lane DFC Memorial Christmas Concert, to give it its full name is staged by 1475 Squadron every two years in memory of the unit’s Patron, who was a WWII Gunnery Leader on 78 Squadron, Bomber Command RAF. To date, and with this year’s event generating a further £7000, the concerts have raised £31000 for the RAF Benevolent Fund. To a packed house, the choir and Miss Straker and friends gave a classical and seasonal performance, which delighted the audience. Amongst the guest were Air Marshal Sir Rob Wright, Controller of the RAF Benevolent Fund and Air Commodore Ian Stewart, Commandant Air Cadets and their ladies, personal representatives of the Lord Mayor of the City of London and members of the Haberdashers’ and other Livery Companies.

In May 2007, the Squadron was honoured with the presentation of the ATC Certificate of Merit by the Chief of the Air Staff, andRAF Benevolent Fund Poignard, by the Fund’s Controller, in recognition of the Squadron’s fund raising initiatives for the RAF charity. 1475 Squadron is the first cadet unit to receive the honour.

In his foreword, the Squadron Commander, Flight Lieutenant Kevin Mehmet RAFVR(T) said: “The Squadron holds very dear its obligations to the RAF family in keeping with the Fund’s motto: ‘The Debt We Owe.’ It is our great pleasure to hold this special concert in memory of our patron, Jack Lane DFC, and to raise money for the RAF Benevolent Fund at the same time, which is a cause very close to our hearts. We teach our cadets that they are part of a family and this concert is an important chance for them to give something back to members of that family who find themselves in need. It’s through the work of the RAF Benevolent Fund that we can fully appreciate the sacrifices the men and women of the RAF have made to protect and maintain the freedoms we enjoy today.”

None of the concerts could happen without the cadets. 16 of whom, under the command of Cadet Warrant Officer Jonathan Glenny, worked extremely hard as ticket sellers and collectors, cashiers, programme sellers, and ushers. The highest praise was paid to them by the Compere, Mr Andrew Whittaker who thanked them and said that they were a credit not only to the Corps and the uniform they wore, but also to the young people that make up our society. The 2009 concert was dedicated to the memory of those men and women of the British Armed Forces killed in action in the service of their country and in the cause of peace. 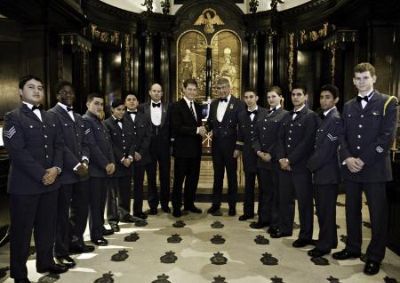