The League of Friends of No 1475 (Dulwich) Squadron ATC

The Curzon Club is a luncheon and dining club.  It was founded serendipitously by Jack Downes Lane Esq DFC MA (Oxon) and Squadron Leader Kevin Mehmet MBE RAFVR(T).  Membership is by invitation only.  The club takes its name after the late Lord George Nathaniel Curzon, 1st Marquess Curzon of Kedleston, and 5th Baron Scarscale, Viceroy of India.  The Club had only one Full Member and he was the late Jack Downes Lane Esq DFC MA (Oxon) who also happened to be the Patron, President, Chairman, Secretary and Treasurer.  There was a deputy secretary.  The rest of the membership comprised of Associate Members.  This arrangement, although comical, allowed the Chairman and only full member to run the club as he saw fit; dispensing with the need to hold elections and committee meetings.  Following the Chairman’s death in November 1997, his powers are now vested in and executed by the deputy secretary whom is allowed to sign himself “Secretary.”

The Beginning.  Over a weekly dinner between two friends, on that occasion, at the Kingsley Hotel in Holborn, London one Thursday evening in 1985 when Kevin Mehmet was discussing with Jack Lane (JDL) the merits of a British Library exhibition on “Lord Curzon’s India,” the latter pointed out “what a splendid gentleman and Statesman” Curzon was and how he [Curzon] insisted on doing things most correctly.”  JDL noticed that at a nearby table that three men had removed their jackets and were talking and laughing too loudly!  JDL became irritated at the lack of dress decorum of our jacketless neighbours.  Mehmet in an attempt to focus JDL’s attention on something else succeeded in reverting to the discussion on to the subject of Lord Curzon and India

From then on, Lane and Mehmet referred to their weekly Thursday dinners as the “Curzon Club.”  They even had a club tie; a couple of the same that Mehmet picked up at a local charity shop, no doubt belonging to some very special organisation.  They wore it for their dinners until Lane’s dissolved in the washing machine leaving Mehmet with the only club tie.

In April, 1986 at Jules’s Bar, St James’s, London, whilst celebrating Her Majesty the Queen’s Birthday, two more members were admitted to the Club; Michael Hughes and Dr Anthony Smoker.  In 1987 Andrew Hunter joined and later that year William Beavington.  The Club remained an exclusive six dining at JDL’s favourite restaurants in Bloomsbury and at various clubs notably the Oxford and Cambridge until the 1990s.  1991 saw the membership increase following a dinner in honour of JDL marking the 50th anniversary of his first visit to Beotys Restaurant in London.  Nick Brown and Joe Jones were admitted that year and 1992 saw the admission of Kenneth Jones, Robin Barda, Michael Holman and David Wylie shortly to be followed by Lynton Black and Peter Long.  The first teenager to be admitted in 1991 aged 16 years.

The aim of the Club, in the words of JDL, is simple:  “Good Food and Drink in Great Company at a Good Restaurant.”  Its members come from all professions and age groups.  The youngest member being all of 16 years and our eldest being over 90!  The Curzon Club under the direction of its two founders evolved in to being the “League of Friends” of No 1475 (Dulwich) Squadron ATC.  It supports tangibly the work of the Squadron but is a separate and independant body. 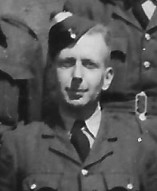